The jury in the Missouri case awarded “compensatory damages” of $25 million to each woman—some of whom died—for a total of $500 million, as compensation for their cancers and related losses. The appellate court upheld this portion of the verdict. The jury also awarded the women “punitive damages” of $4 billion, to punish Johnson & Johnson for knowingly selling a dangerous product with no warning of the cancer risk. The appellate court reduced that portion of the verdict to $1.6 billion, setting the total judgment at $2.1 billion.

At Slater & Zurz LLP, our primary concern is getting justice for people injured by others’ misconduct. This is especially true when a large, well-financed corporation markets a product known to present an unreasonable risk of harm—even death—without warning its customers of that risk. We’ve been representing personal injury clients for over 40 years, including clients injured or made ill by dangerous and defective products marketed without any warning of the dangers those products pose. Our long track record of success demonstrates that we have what it takes to win. If you believe that you’ve been harmed by Johnson & Johnson’s baby powder, call or email us for a free consultation to find out what your rights are. If we take your case, our services are free unless you win.

Asbestos is a silent killer, causing cancer to creep up many years after exposure.

Asbestos often appears underground where talc, the key ingredient in Johnson & Johnson’s baby powder, is mined. Asbestos can appear randomly, in varying concentrations, in the same talc mines. There is no pattern, and no way to predict when it will be present. Asbestos is not readily discernible but can be detected when talc is subjected to proper testing.

Asbestos was first linked to ovarian cancer in 1958. By the early 1970s, asbestos was widely recognized as hazardous whenever and however it was used.

Exposure to even trace amounts of asbestos poses a risk of developing cancer in any of a number of organs, sometimes years or even decades later. Whether asbestos is applied directly to the skin or its airborne particles are inhaled while it is being applied, asbestos can migrate throughout the body to the lungs, ovaries, testicles, and other organs.

Johnson & Johnson concealed the risk of its baby powder’s asbestos contamination long after the threat was known.

A study commissioned by the FDA in the early 1970s revealed that asbestos was present in over half the tested samples of Johnson & Johnson baby powder.

The appellate court’s 83-page opinion details Johnson & Johnson’s efforts to conceal the asbestos contamination from the public. Johnson & Johnson “worked tirelessly to ensure [that the cosmetic talc products] industry adopted testing protocols not sensitive enough to detect asbestos in every talc sample.” Of course, all it takes is one improperly tested talc sample—one from a product you purchased—to contain the asbestos that can cause cancer in you or your family member(s).

The court of appeals concluded that “motivated by profits, [Johnson & Johnson] disregarded the safety of consumers despite [the company’s] knowledge” that the talc in its products caused ovarian cancer. The court found it reasonable for the jury to conclude that Johnson & Johnson’s conduct “was outrageous because of evil motive or reckless indifference” to the risks.

If you or a loved one has been diagnosed with cancer after long-term exposure to Johnson & Johnson’s baby powder, you can count on us to assess the facts, analyze Johnson & Johnson’s liability to you, and recommend the best strategy for obtaining the compensation you deserve. We will use every tool in our arsenal to ensure that you get justice. Call or email us to schedule a free consultation with a personal injury attorney who is on top of the ever-increasing litigation against Johnson & Johnson. We’re here for you now, and we’ll continue to be here until your claim is resolved.

Long after the risk of cancer from its asbestos-laced talc became known, Johnson & Johnson finally recalled its baby powder.

Perhaps because of the potential long-term financial losses that may result from the recall and/or Johnson & Johnson’s legal losses to victims of its tainted products, the company continues to defend the alleged safety of its products.  In 2019, it was estimated that Johnson & Johnson could lose between $5-20 billion in lawsuits filed by victims of its talc-based products. After losing just over $2 billion to 20 women in the Missouri lawsuit just recently ruled on by the appellate court, that estimate may rise.

If you’ve been diagnosed with ovarian cancer or mesothelioma after long-term use of Johnson &Johnson’s baby powder, trust an experienced law firm dedicated to vindicating the rights of victims of concealed product defects.

Over 30 years ago, as a newly minted attorney just beginning his career, Jim Slater, our managing partner, insisted that a business client disclose and get rid of a potentially lethal defect in its products—even though taking that stance could have cost him his career. More recently, he has led Slater & Zurz to join other law firms in a multistate effort to compensate victims of “C-8,” a carcinogen as lethal as asbestos, which Dow Chemical knowingly released into the rivers and streams that supply drinking water to Ohio and West Virginia.

At Slater & Zurz, we take your health and safety seriously. Our long track record of success demonstrates that we know how to win, and will pull out all the stops when necessary. Sometimes we partner with other firms that specialize in certain types of cases to ensure that our clients are in the best position to recover what they deserve from those who have caused them harm.

If you or a family member has been diagnosed with cancer after prolonged exposure to Johnson & Johnson’s baby powder, you can count on us to listen to your story, fully evaluate your claim, answer any questions you may have, and craft a strategy to achieve the results you deserve. Call or email us to schedule a free consultation with no obligation.  If we take your case, you won’t have to pay us anything unless we obtain a judgment or settlement in your favor. We’re here to serve your legal needs with unwavering dedication, persistence, and the drive to win for you! 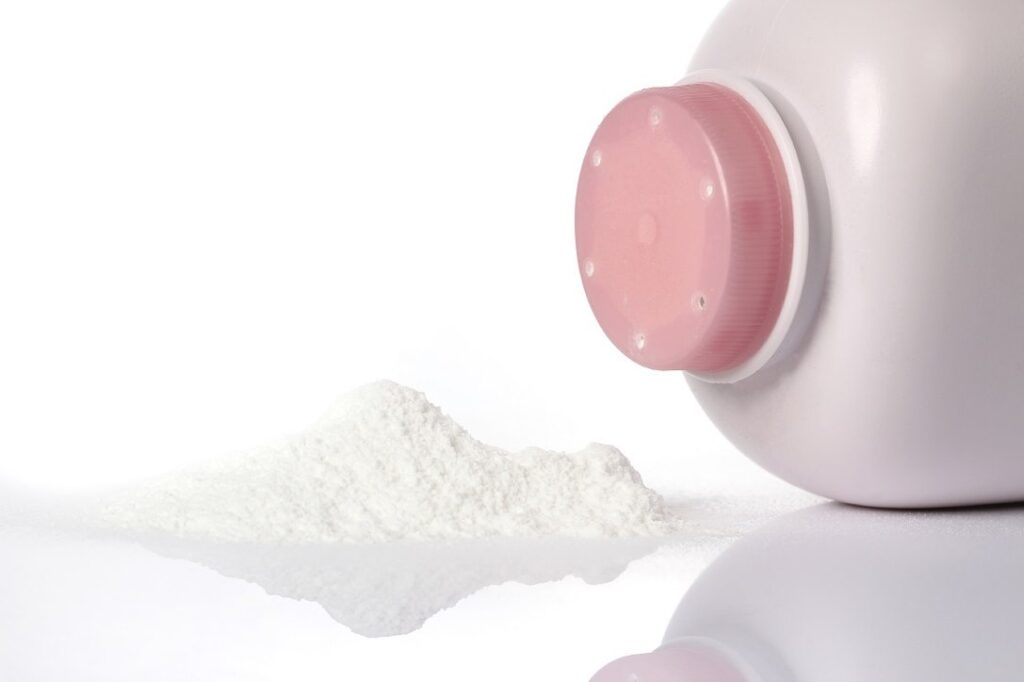