Michael’s practice is focused on his passion – standing up for everyday people against those who refuse to take responsibility for their wrongful conduct. He represents clients in a wide variety of complex cases, including catastrophic personal injury, construction accidents, trucking and motorcycle accidents, product liability, wrongful death, nursing home negligence, and medical and professional malpractice.

HAVE A QUESTION FOR OUR FIRM?

Michael is “AV-Rated,” which is the highest rating available to any individual lawyer by Martindale-Hubbell, and he is recognized as an “Ohio Rising Star” and was one of the “Top 100″ trial lawyers in Ohio by National Trial Lawyers.

In 2017, Michael was selected as a Fellow of the Litigation Counsel of America (LCA), which is a trial lawyer honorary society composed of less than one-half of one percent of American lawyers. Fellowship in the LCA is highly selective and by invitation only. Fellows are selected based upon excellence and accomplishment in litigation, both at the trial and appellate levels and superior ethical reputation.

Michael was recognized in 2015 by the Akron Regional Chamber of Commerce and Ohio Governor John Kasich as a “30 for the Future Award” recipient. 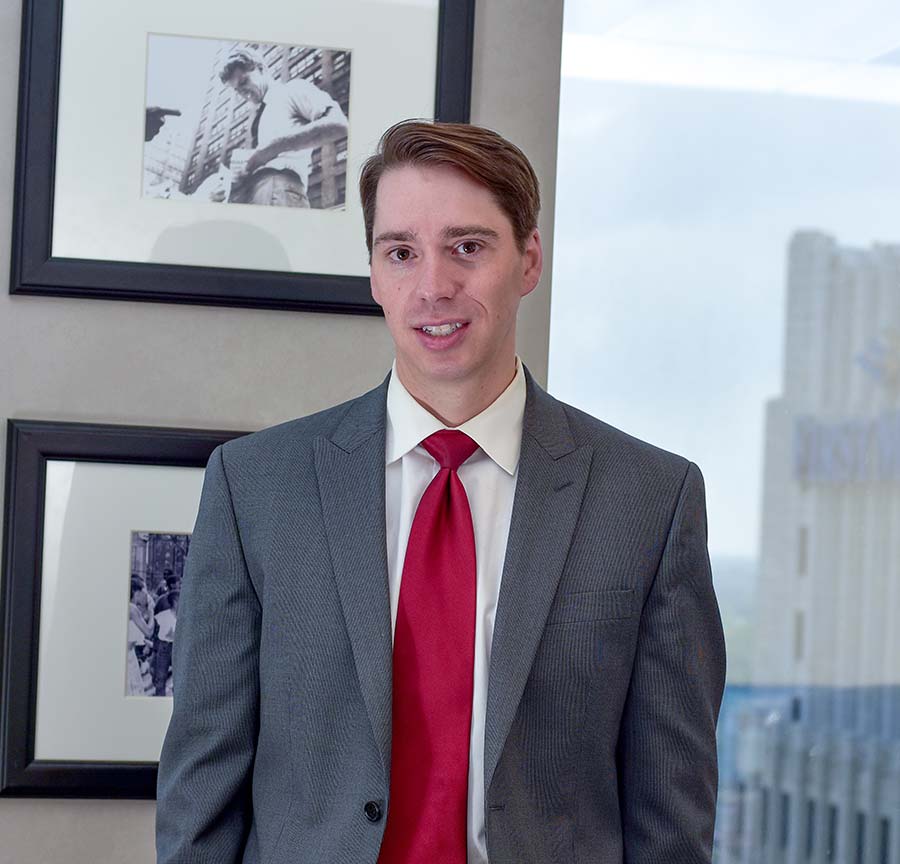 When he is not protecting the rights of injured persons in the courtroom, Michael writes and lectures about timely legal issues and regularly volunteers his time with community-based organizations. He served as a Representative at Large for the Ohio Association for Justice (“OAJ”) from 2013-2016 and is currently a member of its Legislative Committee. Michael also serves as the Vice-President and has chaired various committees for the National Alliance on Mental Illness – Summit County.

Education and Certification
Michael is also a certified motorcycle instructor for Motorcycle Ohio (a division of the Ohio Department of Public Safety).

Michael is licensed to practice law in all Ohio State courts and the U.S. District Courts for the Northern and Southern Districts of Ohio. He attended Kent State University, where he earned his B.A. degree in journalism with a minor in political science.

Michael later attended the University of Akron School of Law, where he served as assistant editor of the Akron Law Review, was a member of its Jessup International Moot Court competition team, and served as executive editor of its Journal of Technology Transfer (now the Akron Journal of Intellectual Property).