If My Lawyer Mishandled My Case or Transaction, How Much Time Do I Have To File a Legal Malpractice Suit?

As many people are aware, there are time limits for suing people, businesses, or government entities who have caused injury or financial losses. The time limits, known as statutes of limitations, vary based on the nature of the case. A simple search of a legal database will yield thousands of cases that were dismissed because the plaintiff filing the suit missed the deadline—and that’s just in Ohio. Of those, almost five hundred involved legal malpractice claims, most of which were filed by lawyers. Once you’ve missed the deadline imposed by a statute of limitations, you are permanently barred from filing that lawsuit.

Because failing to file your lawsuit before the deadline can have dire consequences, it’s always advisable to consult a seasoned law firm with a record of success in handling legal malpractice cases as soon as you think that you might have a malpractice case against a lawyer.

What is the Statute of Limitations for a Legal Malpractice Claim?

The statute establishing the time limit for filing a legal malpractice claim, Ohio Revised Code §2305.11(A), provides that a legal malpractice claim must be filed “within one year after the cause of action accrued.” Interpreting the statute, the Ohio Supreme Court has indicated that the one-year period begins to run upon the latter of (1) the time when there is a “cognizable event” from which the client discovered, or should have discovered, that his or her interests were harmed as a result of something the lawyer did or didn’t do; or (2) the time when the attorney-client relationship for that particular transaction or undertaking terminates. When the statute of limitations begins to run, and therefore when the limitations period expires, turns on two factual determinations:

The latter of these two dates is the date that starts the running of the one-year statute of limitations.

What is a “cognizable event”?

Imagine that a lawyer prepared a prenuptial agreement for you, to prevent your spouse-to-be from taking your property in the event of a divorce. You didn’t give the agreement much thought until several years later when your spouse filed for divorce. If the domestic relations court ruled the agreement invalid, that ruling would be a cognizable event even if the court postponed the actual division of your property for another year. To preserve your right to sue the lawyer for preparing an invalid prenuptial agreement, you would have to sue the lawyer within one year after the agreement was ruled invalid.

Let’s say that before divorcing, you hired a different lawyer to handle an insurance claim. In the process of handling the insurance claim, the second lawyer reviewed the prenuptial agreement to ensure that nothing was omitted from the insurance claim, and noticed a list of your property that should have been a part of the prenuptial agreement was missing. If the second lawyer told you and your spouse that the agreement was invalid because the first lawyer omitted the property list, that would be a cognizable event. If you waited more than a year to sue the first lawyer, until your spouse filed for divorce, your legal malpractice claim would be barred by the statute of limitations.

How do I know when the attorney-client relationship has ended?

In one case, after a disagreement concerning how to proceed in a divorce case, the client walked out at the conclusion of a hearing and ceased communicating with his lawyer. He consulted another law firm on several occasions and failed to respond to calls and emails from the original lawyer. A year later, the lawyer formally withdrew from the case. Almost a year after the lawyer withdrew, the client sued him for malpractice. Because of the client’s failure to communicate with the lawyer for two years and his consultation with the other firm, the court handling the malpractice case found that the attorney-client relationship had ended following the hearing two years earlier, and ruled that the malpractice case was barred by the statute of limitations.

In another case, the client was charged with numerous crimes. Her lawyer recommended a plea deal and told her she would not go to prison. She accepted the deal and was given a four-year sentence. Her lawyer advised her to hire a second lawyer to appeal the sentence and told her he would assist the second lawyer. The second lawyer filed a successful motion for judicial release. The original lawyer did not stop working on her case. He communicated by email with the client’s relative concerning her case while she was in prison. Over a year after her sentencing, she sued the original lawyer for malpractice. Even though the client had been officially represented by the second lawyer, while the original lawyer had not communicated directly with her, visited her in prison, or filed any papers on her behalf, the court concluded that the facts supported her claim that the attorney-client relationship with the original lawyer had not terminated. Her malpractice case was not barred by the statute of limitations.

If I Miss the Deadline Imposed by the Statute of Limitations for Legal Malpractice, Can I Sue My Lawyer for Breach of the Fee Agreement or Ordinary Negligence?

As you can see, determining when the statute of limitations expires in a legal malpractice case can depend on many factors. Trying to identify the cognizable event when you have only a suspicion that your lawyer has compromised your interests may be a task for an experienced professional.

At Slater & Zurz, LLP, our seasoned professionals are ready to serve you: to evaluate your legal malpractice claim, answer your questions, and determine not only whether you have a winnable case but also when you should file to avoid the bar of the statute of limitations. Call our team of dedicated professionals who are focused on positive outcomes and will put your interests first and foremost. 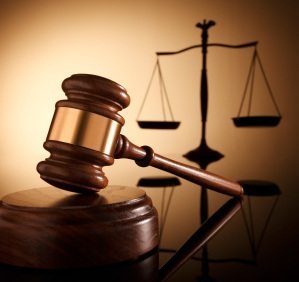