Picture this.  You are peacefully asleep in bed after having a pretty good and uneventful day.  Suddenly, the silence is shattered by the loud and intrusive ringing of the telephone at 3 am.  You jump up to answer it with your heart in your throat and chills creeping up your spine, especially when you fuzzily recall that your young son or daughter took the car to meet up with friends.  Sure enough, your worst fears have come true.  There has been a car accident, and your child is involved.  If your child escaped with minor injuries, then you have been very fortunate.  But if he or she was critically injured or worse, the shock and disbelief can be devastating and heart-wrenching.  This scenario has been repeated all around the country and is still going on.  Not only family members but friends and students share the same tragedies.  The Population Reference Bureau reports that worldwide “an estimated 1.2 million people are killed in road collisions each year, and as many as 50 million are injured.

Exceeding the Speed Limit Does NOT Help You Gain Significant Time

Since most of us today are on a time budget or in a rush, the speed limit almost always takes on the appearance of being too low.  But exceeding the speed limit makes little difference in the time it takes to arrive at your destination.  For example, over a distance of 50 miles, increasing your speed from 65 mi/hr to 80 mi/hr will gain you less than nine minutes.  Is it really worth risking your life to gain so little time?  It may be a better idea to plan ahead so that you are within the time frame needed to arrive at your destination,  give or take at least 20 min to include any interruptions such as traffic jams, road work, and so on.  Remember, statistics show that speed is a major factor in many accidents.

Seat belts are designed to keep you in your seat if there is a collision.  An American government agency came to the conclusion that seat belts saved over 72,000 lives between 2005 and 2009 in this country alone.    An airbag does not take the place of a seat belt.  In fact the air bag and seat belt work together to provide increased protection for the driver.   If you do not wear your seat belt, the airbag loses its effectiveness and can even be dangerous.  There is many an account of drivers who were not wearing seat belts and were seriously injured by their air bags.   So make sure to wear your seat belt at all times when you are driving, even if it’s just around the corner.  There are also countless stories of drivers who had accidents seemingly driving to the neighborhood drugstore, which was “only just” around the block.

Adjust Your Driving for Weather Conditions

Tire traction is not as strong when roads are wet or covered with dust, sand, or gravel.   Slowing down during these conditions is a good idea, as it would reduce any sliding caused by braking.  As mentioned before, if you have to slow down and lose some time, would you rather arrive late? Good health, or not at all, and on a stretcher.  If you drive regularly on snow-covered or icy roads in winter, why not invest in some good snow tires.  These have deeper treads and provide better traction.    One helpful hint is that if you find yourself already on a slide, do not panic.  Turn your wheels in the direction of the slide and tap lightly on the brakes.  That should slow you down sufficiently to regain control of your car.

Be Defensive at an Intersection

Another dangerous situation is found at intersections.  Many accidents involve driving through them too fast when drivers see the yellow light coming and try to beat the red light.   Since this is usually the case, why not wait a few seconds after the traffic light turns green, as one expert recommends. By pausing briefly, you may literally   “dodge a bullet” in the form of a car running the red light. It’s never a good idea to have one’s hands too quick to pull the trigger; the same goes for a foot too ready to push the gas pedal.    Common sense and good judgment can prevent many accidents.

Driving under the influence has caused many a major accident, and too many people know of someone who was killed or injured by a drunk driver.   Otherwise, practical people have taken a drink or two and seem to lose their inhibitions once on the road.  Alcohol can make someone feel overconfident as well as unaware of his or her limitations.  That is where the danger therein lies.  When someone is overconfident, he or she may take more risks than they otherwise would normally.  This also applies while driving.  That yellow light up ahead is passable if we just speed up a bit and that approaching turn is done while we are passing another vehicle, even though we can’t see around the corner to discern that a car is coming in the opposite direction.   After all, while under the influence, nobody can beat us; we are invincible.   There is only one recommendation for drinking or taking any other mind-altering substances before getting behind the wheel.  “Don’t do it.”  If you have any doubts about this, just investigate the vast number of accidents and deaths that have been caused by drivers under the influence.  The data out there should be sufficient testimony.   There are also plenty of people serving time in jail for killing pedestrians while driving drunk.

A piece of advice for teenagers and young adults:  Before getting into a car with friends, be sure that the designated person behind the wheel is a responsible and mature driver.  You do not want to find yourself in a situation where you are at the mercy of a reckless, intoxicated, or irresponsible driver.  This can have deadly consequences, as is demonstrated by the endless news reports of young ones getting killed or seriously injured in accidents where a friend or friend of a friend was driving.  The designated driver should have a reputation for sound driving, and you should feel comfortable with this person.

People must also remember that drowsy driving can impair them just as much as drunk driving.  That statement made by an official of the U.S. National Sleep Foundation shows the dangers of driving while you are sleepy.  If you experience any of the following symptoms, immediately pull over to a stop or rest area:

There are two more “under the radar situations” that are probable accidents waiting to happen, and these are parking lots and coming out of an exit with a car still in front of you.  Parking lots are very deceptive in that one assumes that everybody else is driving at parking lot speed.  That may have been the case 20 years ago when people were living at a normal pace, but now, zoom it up 20 notches every year, and you arrive at the new parking lot speed.   Just think “zoom,” and there you have it. Nobody seems to have the time anymore for lawful parking lot speed.  Parking lots have turned into a new maze.   Everybody is trying to get out of it at the same time as fast as they can, and you hit a bottleneck.  Another problem is backing out too quickly before checking your rearview mirrors on both sides and coming out of a section too soon before looking to your right and left.   A good recommendation is to back out very slowly, checking both your rearview mirrors at the same time and looking both ways before slowly exiting the lot.    You could avoid a dent in your new car and an insurance bump. Coming out of an exit with a car before you can become another insurance raise for you.  Just because you see no cars coming down the road does not mean you can automatically step on the gas pedal to go.  Did you first turn your head all the way around to make sure the car before you has moved ahead?   Good idea.

In conclusion, remember that an accident can happen in a split second if you are not paying attention.  Accidents do not discriminate, and in this fast-paced and time-starved world, they are always lurking around the corner, ready to pounce.  Always make sure your car is in good condition and is regularly maintained.   Good maintenance can also help keep an accident from knocking on your door. So go ahead and drive your car while keeping all the above tips in mind.  You just may have reached a step ahead in the road game. 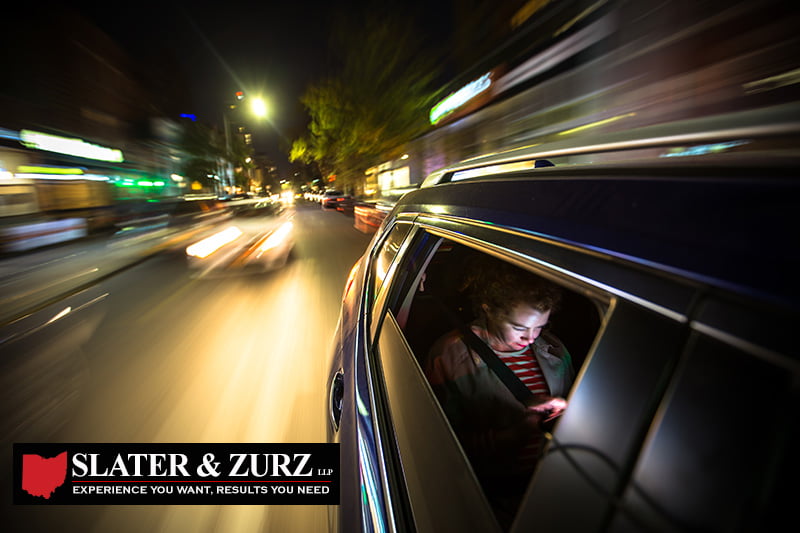 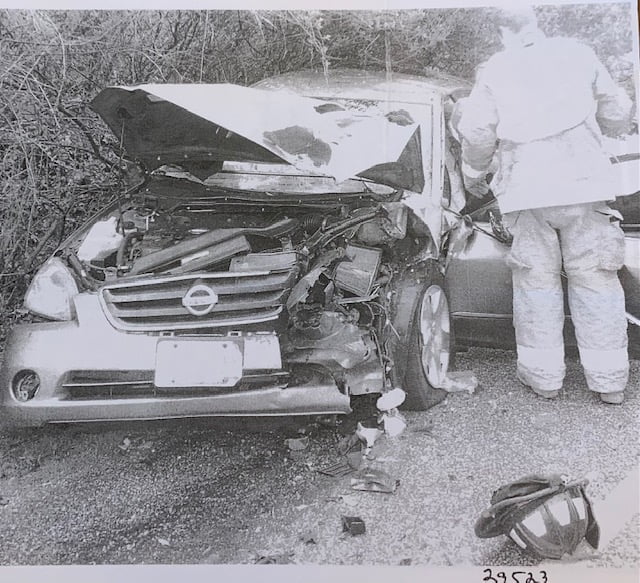