A common sentiment among many people going through the divorce process is the observation that it is much much easier to enter into a marriage than it is to get out of one. Many people seem to be caught off guard by the complexity of the divorce process because they are not aware of all of the issues that need to be addressed before a Court with jurisdiction will actually grant a divorce. Although all of the following issues may not apply to your situation, many are commonplace in any given divorce.

Child custody is of the utmost concern to any couple going through the process of getting a divorce or dissolution in Ohio. All Ohio courts aim to ensure continued, cooperative parenting between parents after a divorce is finalized. For example, Summit County often times implements a 2/2/5 plan in which each parent gets two days per week with the child, and then the parents alternate weekends. However, there are instances in which it is not in the child’s best interest to have equal time or any unsupervised time at all with a parent. These issues arise when one parent has a substance abuse problem, has committed domestic violence, or is otherwise unhealthy for a child’s growth and development. If this is the case, a court will hear both sides’ evidence and make an appropriate decision on parenting time. In extreme cases, the court may mandate that one party have supervised visitation with the child once or twice per month. This visitation would occur at a third-party neutral site or an agreed location supervised by an agreed person, such as a grandparent or other relative of the child. Custody determinations are subject to the continuing jurisdiction of the Court that makes the initial custody determination. The court can change this order any time there is a proven change in circumstances regarding the child’s best interest. The Court also ensures that holidays and days of other special meaning are shared between the parents in a fair way that ensures the child has continuing contact with both parents. Parenting time and child support are two different issues, and neither one affects the other.

Ohio Courts believe that both parents shall support each of their children financially to the best of their ability. Child support is based on many factors of Chapter 3119 of the Ohio Revised Code. The largest determinative factors are the parenting arrangement and the party’s respective incomes. Child support is calculated based on a formula codified in the Ohio Revised Code. All courts and family law attorneys use child support calculation software to implement this formula into a child support worksheet. This worksheet, if done correctly, is presumed correct once a figure is computed. There are a few ways to lower or raise the support amount. The Court will consider which parent is covering the child under a private health insurance plan if either parent has other biological or adopted children they are supporting and if the children have any special needs. Other childcare obligations, such as out-of-pocket health care expenses, extracurricular expenses, and daycare expenses, are not calculated into the child support figure. These expenses will have to be divided equally amongst the parties for payment. A common misconception is that equal time with the child automatically means that support is not to be paid by one parent to the other parent. While equal time certainly does call for a deviation from the child support worksheet figure, it DOES NOT mean that child support is offset. Child support is regulated through the particular county’s child support enforcement agency, and a 2 percent processing fee is required for every payment made through the agency. Ohio courts will not allow a child support obligor to make a payment directly to the other party. If this ever happens, the money given to the other party is considered a gift and does not count toward your child support payment.

Any real property (i.e., a house and/or land) obtained by the parties during the marriage is considered marital property that must be taken care of in the divorce proceedings. Often, real property brought into the marriage can be subject to some division in the divorce proceedings based on the case’s particular circumstances. An example of when this may be the case is when the other party moves into the home and makes significant improvements to the home, thus increasing the home’s value and, therefore, the home’s equity. If a piece of property has a considerable amount of equity, which is the actual value of the home minus any mortgages or liens on the property, both spouses have a right to an equal distribution of that equity. What if one spouse wants to maintain the home as his or her own property after the divorce? In this situation, the spouse that wants to stay in the home will have to compensate the other spouse for their share in equity by either a cash payout, a greater portion of other marital assets, or some other agreement between the parties.

Unlike martial assets, not all debt acquired during the marriage is considered by statute or by the courts to be marital debt. The Judge or Magistrate presiding over your divorce will determine whether the debt accrued during the marriage was acquired by a spouse for the benefit of both parties or just one party. If the Court finds the debt is marital, it will order an equitable split of the debt accounting for any other debt the parties’ have and any award of marital property the Court grants to either party. The goal of the Courts is to equalize the assets and debts of the parties, which usually requires a thorough financial analysis of all relevant financial documents. It is smart to consult with an Akron divorce attorney when determining how much debt you would likely be responsible for after you separate from your ex-spouse.

As previously mentioned, any assets acquired by either party during the marriage (with limited exceptions) are considered marital property and subject to division by the Courts. This goes beyond simple household furnishings and includes property such as pensions and 401(k)’s, stocks and bonds, financial accounts, and even the cash value of any life insurance policies. In Ohio, marriage is viewed as a partnership in which each partner is assumed to have contributed to the marriage equally. Because of this view on marriage, all property acquired during the marriage is split equally among the parties during the divorce process. This means that if you have a pension or other retirement plan through your employer, the marital portion, or portion acquired during the marriage, is subject to a 50/50 division after the divorce is finalized. Almost all divorce lawyers use the service of a Qualified Domestic Relations (QDRO) consulting firm to divide the pension/ retirement plan after the divorce. Other materialistic property acquired during the marriage, mainly only used by one spouse, is also subject to division. This includes tools, guns, and other items. If the parties cannot agree on a division of this materialistic property, it is often wise to get an appraisal done on all the properties to assess the monetary value of each item, making this property easier to divide equitably.

The above is just a snapshot of all the issues that can and will arise during a typical divorce case. If you live in Summit, Stark, Cuyahoga, Tuscarawas, Lake, Wayne, Ashland, Ashtabula, Medina, Portage, Mahoning, or Lorain, don’t hesitate to get in touch with us so we can assess your case and determine the best route to take to help you move on with your life. 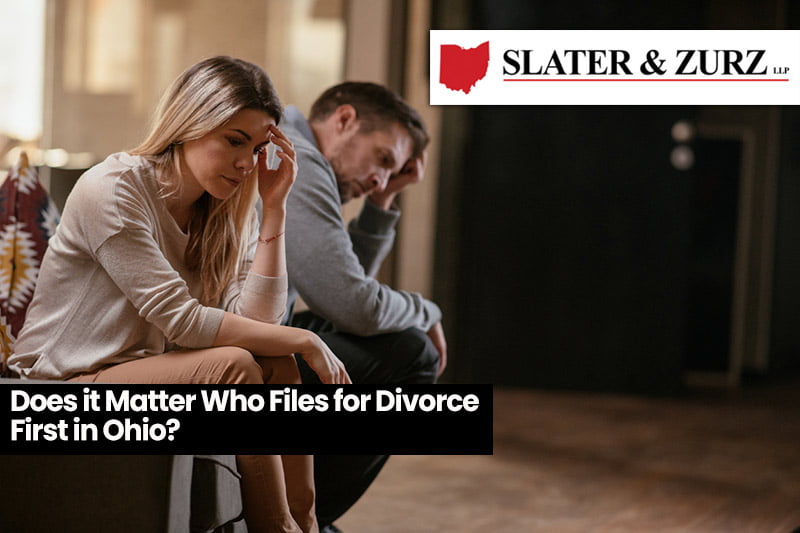